For Fans Of: 65daysofstatic 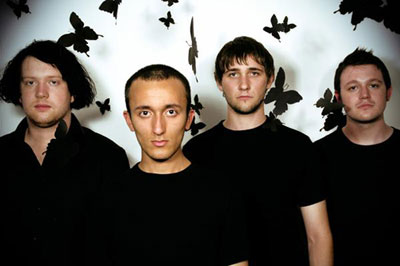 Maybeshewill play a unique brand of instrumental post-rock, drawing from electronic, metal, and progressive influences. The band, based in Leicestershire, Great Britain, is reminscent of a more riff-based, guitar-oriented 65daysofstatic, resulting in a well-developed sound which truly sets them apart from their peers. The added use of strings on tracks such as “To The Skies From A Hillside” lends their music a dramatic, almost theatrical (though not in a campy way) tone. Melodic piano lines are often utilized as well, creating some absolutely gorgeous soundscapes, most notably on “Red Paper Lanterns”, in which bell tones harmonize with the piano to create a modern day post-rock masterpiece. Whilst post-rock seems to progressively become more and more crowded with similar-sounding bands, Maybeshewill strive to incorporate originality into their compositions.

Their newest album, I Was Here For A Moment, Then I was Gone, released May 30th of this year, continues the sonic progression of their last few releases, leaving the listener to bask in the somber heaviness and more subdued, melancholic moments that prevail throughout the ten tracks. Good for those chill-out moments at home when surfing the web on sites like PartyPoker España or social networking.