Hey, kids (and by “kids,” I of course mean mostly adults of all ages), do you like mashups?

(Oh. You don’t. Well, calm down for a moment and read this.)

Now that we’re all on the same page, may I present to you a couple of new-ish, full-length, ridiculously enjoyable mashup albums.

The Abrahammer – How Dubstep Music Destroyed My Life 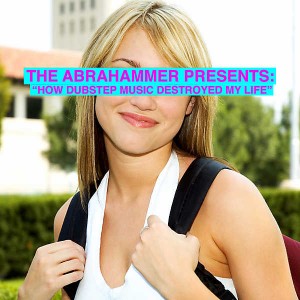 First off, we’ll be traveling (in a very non-literal fashion) to Columbus, OH, where a successor to Girl Talk‘s shirtless and sweaty crown has cranked out what is quite possibly the mashup album of the year (GT division), How Dubstep Music Destroyed My Life. Much like GT, The Abrahammer presents a densely packed cross section of rap and rock radio hits (152 unique samples in all), but adds even more with the brilliant deployment of TV theme songs and even tosses the geeks an 8-bit bone in the form of a toughened up (via Spank Rock/Amanda Blank and some digitally tricked out Funky Drummer samples) Legend of Zelda theme to kick off “Stray Dog and the Legend of the Best.”

The whole album is shot-through with OMFG ass-kicking moments. Dr. Dre vs. Guns n’ Roses kicking over at the drop of a hi-hat into Audio Two vs. Steve Miller on “Gangster of Success”. The Office Theme fading into A-ha as Major Lazer gives way to the Brazilian Girls and Gucci Mane on “Hold the Right to Spin”. Archie spitting venom over one of the greatest riffs of all time before suddenly spinning the dial over to Devo’s spastic funk and Bun B’s ode to drank on “Back In It”. The entirety of “I Usually Drop It Like This”.

There’s nowhere to go but up, seeing as this is The Abrahammer’s debut. You can pick up the whole thing here, in exchange for a simple appreciative tweet or a Facebook “Like,” both of which he has fully earned.

The Abrahammer – “Stray Dog and the Legend of the Best” 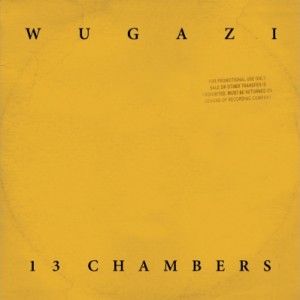 Still staying in the Midwest, we now head to Minneapolis, MN, home of Prince Rogers Nelson and several underachieving sports teams. Wugazi is the end result of a year’s worth of cutting up every Wu-Tang acapella and Fugazi riff Cecil Otter and Swiss Andy could get their creative hands on.

Following the greyprint left behind by DJ Dangermouse on his road to eventual superstardom, Wugazi refines the mashup process to one set of vocalists and one set of instrumentals. Fugazi, while not being an obvious choice for an unwitting accomplice, turns out to be a great one. There aren’t too many post-hardcore, post-punk, post-whatever bands out there that rely on their rhythm section quite as much as Fugazi does. (Need more evidence on Fugazi’s love for drums and bass? Check out former Fugazi drummer Brendan Canty’s side project Girls Against Boys, which featured a thunderous duo of bass players. [Much in the way Ned’s Atomic Dustbin did, but only without the {seemingly} novelty aspect. Of course, the Neds did it first, which may make them the standard bearer. All I know is that I prefer GVSB to NAB, hence the previous several sentences.*])

*SCL – Standard Critic’s License, Subsection B, Part 1.(b). “Subjective tastes can (and should) be used to revise musical history as needed.”

While not every track works quite as well as the tracks that work, the ratio of great-to-meh is incredibly high. Once again, the entry free is all of 0, no matter which currency you choose to not spend. Go at it track by track via Wugazi’s Soundcloud page or take a shot at the whole thing with this handy download link.