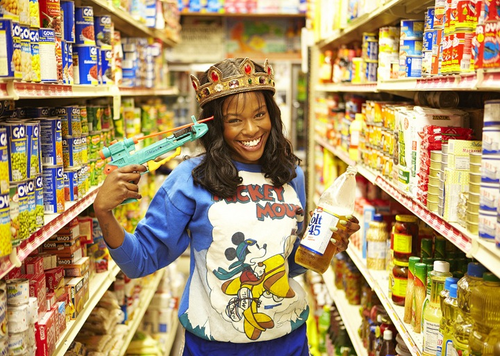 Rising New York hip-hop artist Azealia Banks has just released the music video for “1991”. The 1991 EP was released earlier this year and has received overall good reviews for the singles “212” and “Liquorice”. Justin Mitchell, who has previously worked with KiD CuDi and Death Cab for Cutie, directed the music video that you can view below. In the music video, you can see Azealia Banks simply being Azealia Banks posing and dancing in this simplistic music video. Her debut album, Broke With Expensive Taste, has again been delayed to a further release date. So far the expected release date is February 12, 2013, but it wouldn’t be surprising if it was delayed again.