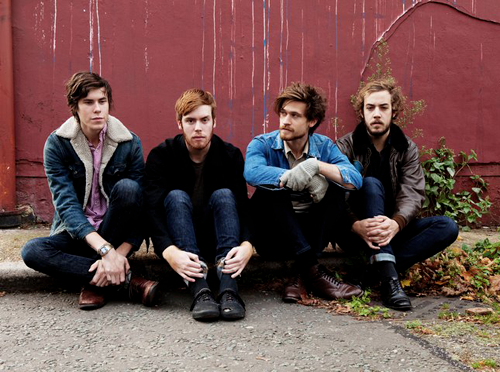 Now I’ve never been one to jump on new albums the second they come out. That’s mostly because I’m fairly lazy and don’t keep track of when certain things are actually being released. Wild Nothing somewhat recently released their second album Nocturne under Captured Tracks. I wasn’t too excited to jump right on this album because I can still groove to their first album Gemini released in 2010. So often, new albums ruin the band for me and I can just never dig the new music as much because the sound has always shifted. Yet at the same time I get frustrated when I see bands that don’t know how to change their sound one bit and basically reproduce the same song over and over. Clearly the way I look at music is logical. Yet either way, I was positive that Wild Nothing would bring some chill nostalgic vibes just like they did in songs like “Summer Holiday” and “Chinatown” from their first LP.

Gemini had some great stand out songs but as all together it lacked the beautiful flow that these guys have now brought into Nocturne. After several listens to the new album, no song specifically stands out as being better than the rest; every song is solid. The songs are still incredibly catchy beats that are perfect for summer days.  And the album isn’t one hit surrounded by a bunch of filler trash either — it’s an experience of hip synth vibes and again, a really strong beat with the drums. That’s one thing that I notice the most in Wild Nothing: the presence in the drums becomes quite dominant, all of the beats are put together beautifully; they give the song it’s originality. You have to greatly appreciate the instrumental structure to their songs. Incredibly impressive are the variations of sound in songs like “The Blue Dress”, which feel so much heavier but never out of place on their album.

These guys have been recently touring with Diiv, who also recently released a new album that is worth checking out.

Check out the song “The Blue Dress” below, from their new album.