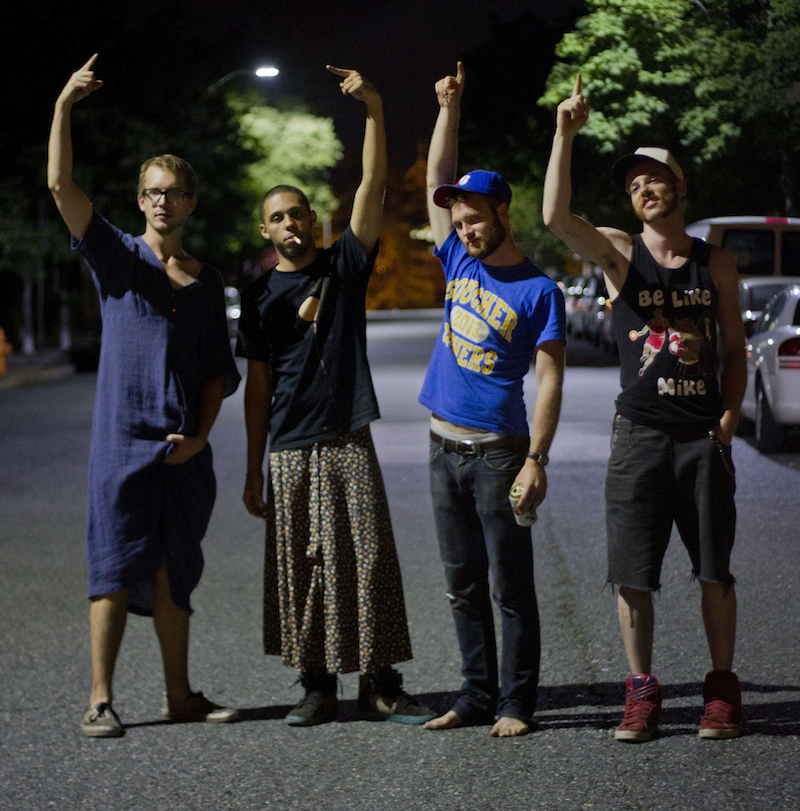 Four piece outfit Mumblr from Kensington, North Philadelphia play a genre of music that they dub “fuzz punk”. With the stylings of second-wave emo bands such as The Promise Ring and an early Modest Mouse alternative punk feel their track “Puke” off of their upcoming release is one hell of a listen. Rapid distorted guitar strums, clamouring drums, and frantic vocals combined with the refrain, “I don’t know anything why do you lie to me?” is a recipe for distress leaving you eager for more. Mumblr have combined both of their EP’s to be released on a lush red cassette titled White Jesus/Black God via Austin, Texas based Fleeting Youth Records. Stream Puke along with the entire release below and pre-order the cassette and digital album here. Follow the band on Facebook for more information.