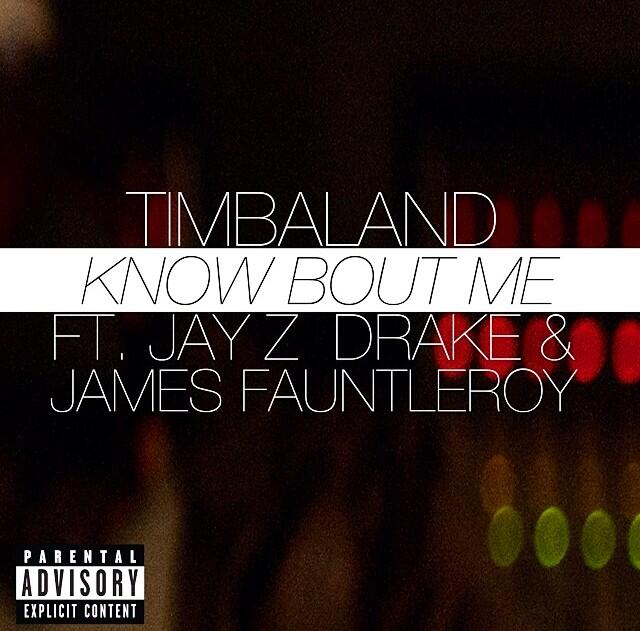 Honestly, this entire track feels like a missed opportunity: no Drake hook, Timbo taking a turn on the mic, no Jay outside of the intro (which, depending on who you’re talking to in 2013 might be considered a blessing). There are, however, a few bright spots: check out the Timbaland-laced, Fauntleroy-graced “Know Bout Me” below, complete with some stu-stu-stu-stu-stutters from October’s Very Own. 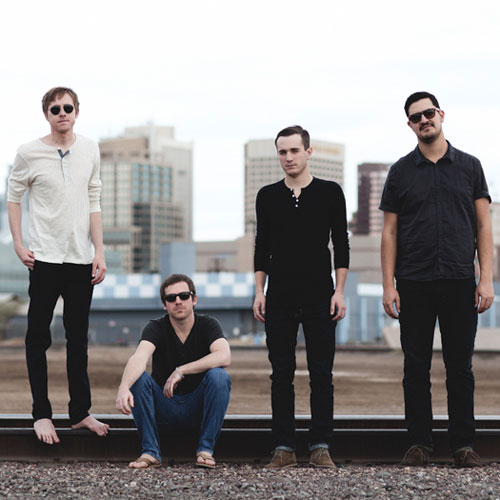 Lydia has been a staple of the indie rock scene now for almost a decade, but not without their fair share of ups and downs and all the lineup changes that came with it. We talked to Leighton about their new album Devil, released earlier this year, asking him about their new sound and their current tour with their friends from Cartel.

The progression in Lydia’s sound from Paint it Golden to Devil is pretty clear, was this a deliberate act to reach out to newer fans or more of a natural change? Devil definitely sounds the happiest of your records to date.

We definitely didn’t set out to make a “certain kind of album.” I think it just ended up sounding more upbeat naturally. We also went with a new producer to make Devil, so that probably contributed to the slightly different sound as well.

The balance between keeping the old Lydia sound that fans love and opting for a more poppier sound is quite well done in Devil depite it seeming risky to attempt, how did you achieve this balance?

I really think it’s terrible to play it safe while writing. It’s one thing that I truly hate, when an artist puts out a record without taking any risks. There is really something to be said about stepping out of your comfort zone. Some amazing things can come from it.

Moments of ‘beauty’ have always been a part of what makes Lydia’s music so endearing to fans. Your past records didn’t have a problem in achieving these emotional, layered moments as they were sad in nature. Devil, being almost the opposite, still manages to achieve these moments. Was this the result of many conscientious decisions on your end or did it sort of magically happen during the recording process?

Honestly we were just trying to make the best songs we could. I feel like it would be a mistake to go into any creative project with a strong agenda. The guys and myself were very lucky to have the great team around us for the recording and release as well.

What’s the inspiration behind the Devil album artwork?

We get asked this a lot because, I guess, it’s so different from our previous artwork. We were going a slightly different direction with the music, and so we wanted to do the same with the artwork. Our manager and myself came up with an idea that slowly morphed into what you actually see as the artwork.

How have your musical inspirations for writing new songs changed with each record? Are there certain musicians that you’ll always look at for inspiration?

I really do try and look at every release, and song, completely different from anything we’ve done already. I think that in itself  as made the albums different. Also I would say we make a conscious effort of not forcing any songwriting. If its not there, it’s not there. Sometimes you just have to put the instrument down and come back to it later.

Ha, I mean I wrote them all so I’m kind of biased, but I just love how the fans hold all the lyrics and songs so close and personal.

Um, we just put out a song called “Back to Bed” off of our new record Devil. This one got a whole lot of amazing Lydia fans pretty wild on tour.

Leighton, you have another project called The Cinema, how do you balance the song writing for both Lydia and The Cinema? How do the songs differ and influence one another?

I try my best while writing to keep both projects separate from each other. I love to write and produce both bands, but I feel like any “separate” project you do shouldn’t be too close to another. That said, I think it’s only human that some of the writing probably influences other parts.

What’s next for Lydia?

Lydia is going to be releasing a deluxe edition of our latest release Devil with 6 extra tracks on it. Then we will be on the road for a lot of the remainder of the year. Hope to see some yo’ faces out there, cheers! 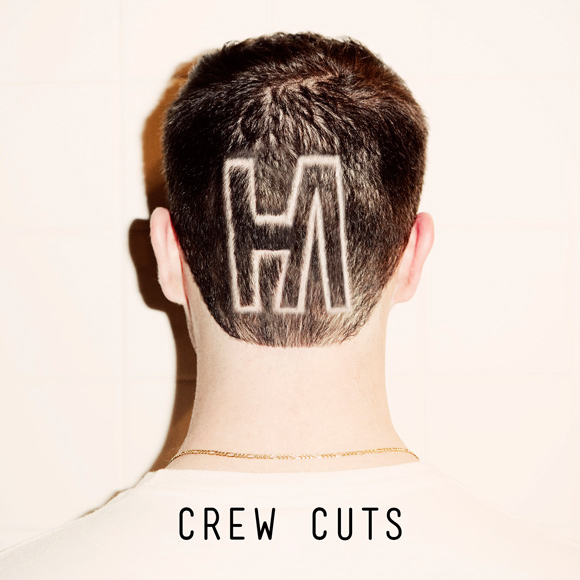 Before he embarks on a 28 city tour, the always-hard-working Hoodie Allen first made sure to drop his new 11-track album Crew Cuts. I say this every time Hoodie releases a new project, but it’s clear that he’s been working hard on polishing his sound, diversifying his style (even adding some doo-whop influences in), and improving on his craft. This time around, the former Googler lines up quite a few of his big-name friends (Chiddy Bang, Chance The Rapper, G-Eazy, Skizzy Mars) to rap all over his melodic, laid-back beats. Oh, and it’s free, so be sure to download the MP3s or stream on Soundcloud below. 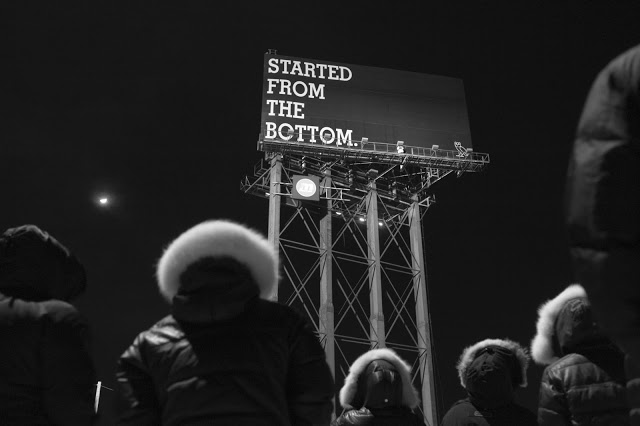 Since releasing his Take Care near the end of 2011, Drake has been keeping his solo material close to the heart, only making occasional appearances with his blistering verses and hooks on other artists’ songs (see ASAP Rocky‘s “F**kin’ Problem”, Future‘s “Fo’ Real”, Lil Wayne‘s “Love Me” for examples). So there’s something inherently exciting about “Started From The Bottom,” the Mike Zombie and 40-assisted debut single from Drizzy’s next solo album. It’s a little bit repetitive — probably to help silence everyone who still claims that Drake’s career was gifted to him on a Degrassi-greased plate or that he just somehow stumbled haphazardly onto the world stage, but the bottom line here (no pun intended) is that he’s worked hard for everything he has now and that he’s here to stay.

Here’s what Drake had to say about it on the OVO blog:

It has truly been too long. I assume you’re all keeping well and making the most of this year that has been given to us. Today is the day to begin sharing my newest work with you. This is the first single off of my upcoming album. I feel sometimes that people don’t have enough information about my beginnings and therefore they make up a life story for me that isn’t consistent with actual events. My family and my second family (consisting of the best friends anybody could ever have) all struggled and worked extremely hard to make all this happen. I did not buy my way into this spot and it was the furthest thing from easy to achieve. I am proud of every part of my past and I’m excited for this song to find a place in your life as well. I didn’t feel I needed any interviews or radio or press to launch this song. It felt right to come back to the site that I started on and release it to the people that started here with me. Judging by this post, the tour that we’ve been planning, the conversations about new songs and album artwork…I think it’s safe to say we’re back together again. Looking forward to seeing you all soon.

“You don’t have to ask me how I’m doing…just listen to the music” – K.Samir 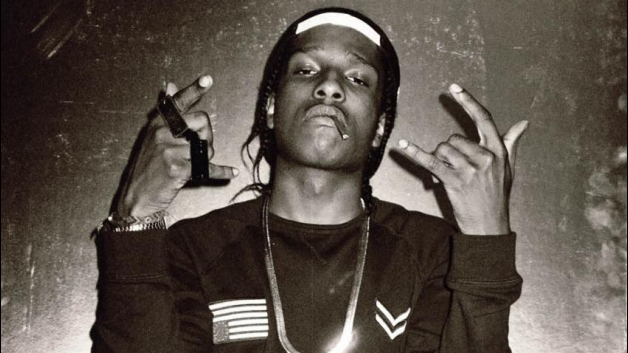 Wow, this track is a problem. Less than half an hour ago and with no prior warning, A$AP Rocky announced to his Twitter followers that a new track would be released later today. “F*ckin Problem” is that song, which comes loaded with features from Drake, 2 Chainz, and Kendrick Lamar, as well as production from Drake’s right-hand-man and producer Noah “40” Shebib. Stream or grab the MP3 below, courtesy of Rocky himself. “F*ckin Problem” is the latest single to drop from PMF’s upcoming album LongLiveA$AP, scheduled for release on October 31 through A$AP Worldwide, Polo Grounds Music and RCA Records.

Dates for Rocky’s current LONGLIVEA$AP tour can be found here.