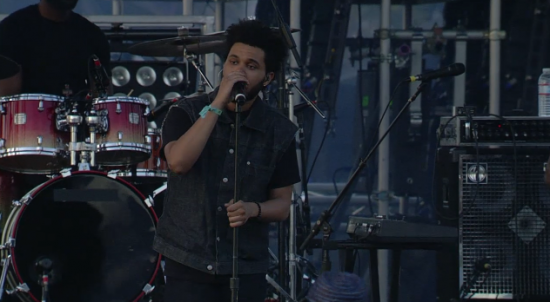 Just a few hours ago, The Weeknd took the stage for the first time in the US to perform a 51-minute set at Coachella. Although he’s played a few shows in Canada and has a tour scheduled later this year, Abel sounded a bit nervous as he performed songs off of his trio of mixtapes House of Balloons, Thursday, and Echoes of Silence, as well as “Crew Love”, his hit with fellow OVOXO member Drake. Normally a very smooth yet mysterious singer, Abel seemed slightly out of place in the bright Californian sun as he missed a few of his higher notes. Below, you can watch the entire set recorded and uploaded by Yardie. More of our Coachella coverage can be seen here. Setlist