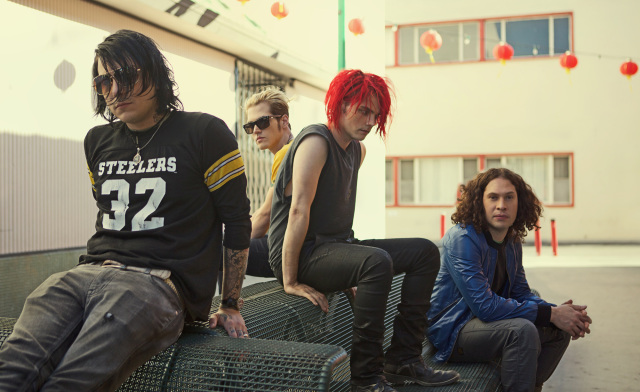 My Chemical Romance, punk rock band from New Jersey, after four studio albums have ended. The announcement was made on their website alongside a tweet from frontman Gerard Way. After recently releasing their compilation album Conventional Weapons it seemed as if there was promise for the future, but the time has come for the band to break up. Your memory will carry on, so long and goodnight.

The official statement from their website, “Being in this band for the past 12 years has been a true blessing. We’ve gotten to go places we never knew we would. We’ve been able to see and experience things we never imagined possible. We’ve shared the stage with people we admire, people we look up to, and best of all, our friends. And now, like all great things, it has come time for it to end. Thanks for all of your support, and for being part of the adventure.”

Beyond any sadness, what I feel the most is pride. twitter.com/gerardway/stat…
— Gerard Way (@gerardway) March 23, 2013