Heartland rock giant Bruce Springsteen has unveiled the track list and album artwork via Facebook and Twitter for his new album titled “High Hopes”. The album contains two previously released tracks, American Skin (41 Shots) and The Ghost of Tom Joad, which will be revamped for this new album. Similarly, a cover of The Havalinas‘ track High Hopes was also previously released  on The Boss’ 1996 EP “Blood Brothers”, meaning the album’s titular track is an updated cover. After touring with the band earlier this year Tom Morello of Audioslave and Rage Against The Machine has provided his masterful guitar skills and vocals on songs from the forthcoming release. Springsteen is set to finish up his tour of South Africa, and then head down to Australia and New Zealand to complete his Wrecking Ball tour. (For dates click here) The new album “High Hopes” is set to be released on January 14th 2014 and you can pre-order it on iTunes. Check out the tracklist and album artwork below. 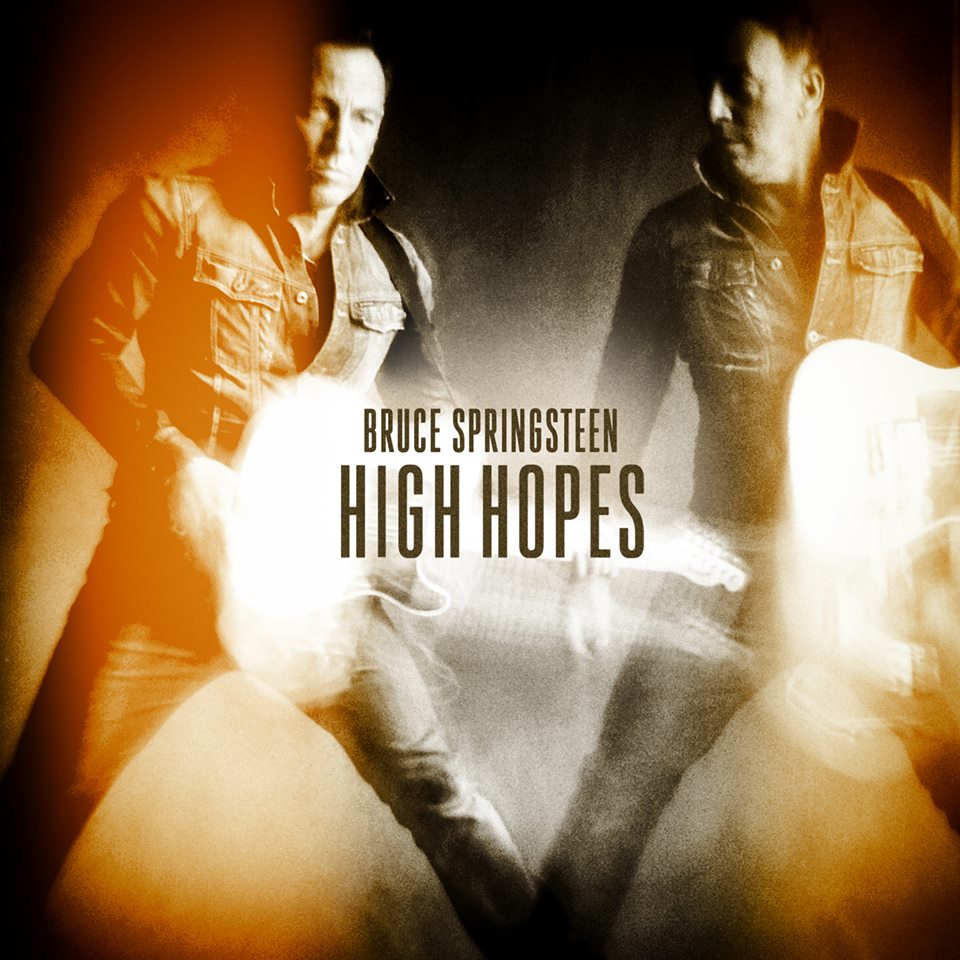