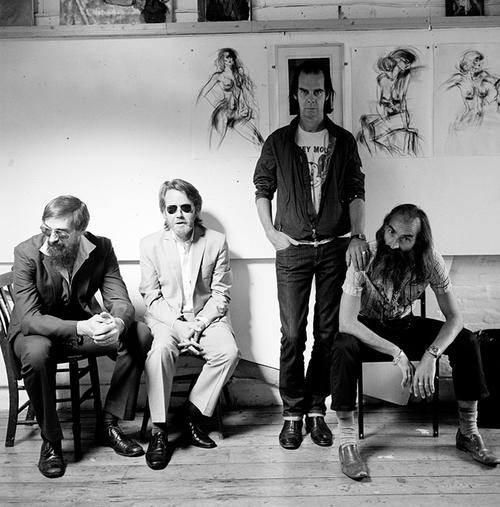 Nick Cave, the frontman of alternative rock band Grinderman, has announced the end of the band. At the end of the band’s performance at the Meredith Music Festival, Nick Cave told the crowd of almost 12,000 that Grinderman is “over.” The band got together in 2006 and have released two albums with very positive reviews since. You can watch the video of “No Pussy Blues”, which was a single from their debut album Grinderman, below.

Gorillaz Are Not Breaking Up; Taking Time Away From Each Other
12 Good Looking Album Artworks (Post-2000)
Listen: Being Amazing!! - "Perfect Male Specimen"
Interview: The Maine