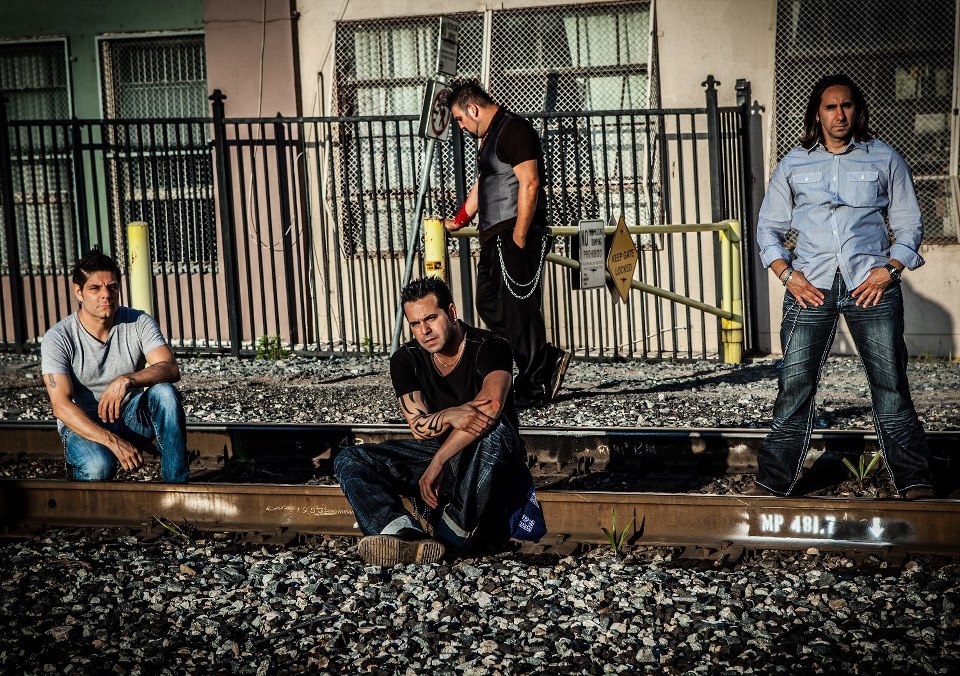 Harmful If Swallowed, a punk rock band based in Los Angeles, recently released their EP Allergy on May 14th. Their earlier work was spotlighted on MTV, KRQQ-FM, and other mediums at the national level. I recently got the privilege to interview the band regarding their history, their opinion on the new EP, and more.

Hey! First, let’s get formalities out of the way: could you guys introduce yourselves and your band?
Sure! We are Greg Martin (Guitar/vocals) Josh Loren (percussion), Carlos Nieto III (Bass/Backing vocals), Brian Martinez (Rhythm guitar) and our band is called Harmful if Swallowed.

Awesome! First, let’s talk about your impressive history. You guys were featured in tons of MTV shows. How does it feel to have gone through such amazing experiences?
It’s been surreal. To be watching an episode of Fantasy Factory or Nitro Circus and to hear our music come up in a random scene is the best feeling in the world! We have many of those episodes recorded for posterity.

You guys also toured with the likes of Green Day, Weezer, KoRn, and Bad Religion, big names in the music industry for sure. How have these unique experiences contributed to your growth as a band?
It has humbled us and made us appreciative of every opportunity we get to play in front of people. It has also given us a crash course in getting along with each other and taught us to always be prepared for the unexpected…Valuable lessons for any band.

Do you guys have any additional plans to tour anywhere outside of the United States?
We’ve been in talks with bands to do a mini west coast tour, maybe further down the line we might venture out of the states depending on if we hook up with the right booking agent.

Your EP, Allergy, was just recently released. It definitely sounds different than your previous work. How do you feel about the evolution of the sound of Harmful If Swallowed? Do you like the direction it’s going?
We’re so stoked about this EP! It has been a long time coming and by far our best sound to date. Allergy is the next step in our musical evolution!

You guys recorded Allergy with the help of Sunset Lodge Recording’s owner Chris Rakestraw and Grammy-winning producer Matt Hyde. How was that?
It was an amazing experience working with Chris and Matt. To be around that level of talent and workmanship was awe inspiring. We learned a lot from them. We had a lot of help from others in the music industry as well. Carlos’ old high school friend Oliver Charles, drummer for Gogol Bordello, lent our drummer Josh, some of his drum equipment, which upped our game immensely. Mr. Tio Banks, keyboardist from Duran Duran stopped in during our recording to lay down some sweet synth tracks!

Any favorite tracks on the EP, or just in your discography in general?
Each member has their favorite song or songs but over all we feel that our strongest songs are Sabrina, Allergy and Hateful.

What hobbies do you guys have? Besides, of course, making kickass songs and rocking out in front of your fans.
Greg DJs in his spare time, Carlos is a professional fine artist, Brian is a graphic designer and Josh loves astronomy.

How is the music scene in LA? Where does it thrive and where is it lacking?
Like anything else, you have to put the work into it in order to enjoy the fruits of your labor. That being said, the music scene out here in LA seems to thrive when it happens organically and for the love of the music and not for the money.

Any cool stories to tell about anything you guys have went through in the past few years?
We are a fiercely DIY (Do It Yourself) band so laying the groundwork for bigger and better opportunities are what we strive for. The people in the music industry that we’ve met and the connections that we’ve made with them have been amazing! Watching doors open via our own hard work is the best feeling ever!

Thanks to Harmful If Swallowed for the interview! You can purchase a digital copy of Allergy via iTunes or Amazon.