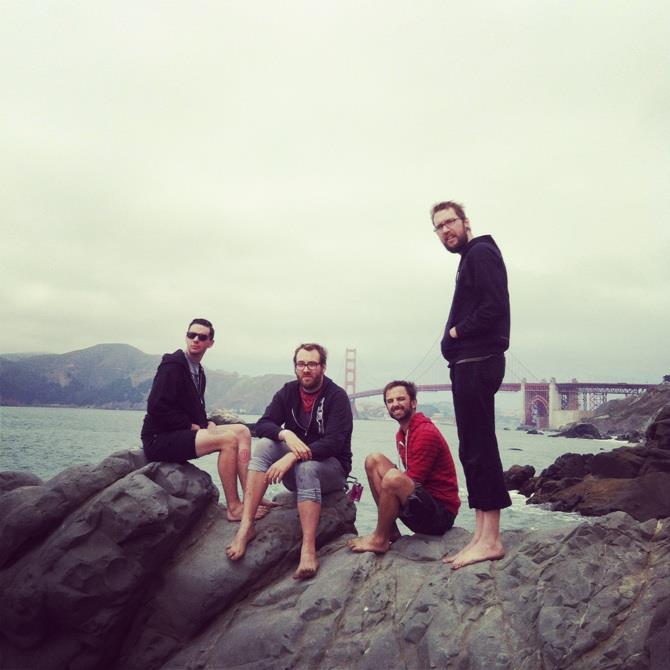 Colorado punk band Elway recently released their latest album, Leavetaking on the 25th of June. I got the chance to speak with frontman Tim Browne about the new record, his musical influences and more. Check out the interview below!

Hi there! Firstly, can I have you introduce yourself and tell us your role in the band?
My name’s Tim, and I play guitar and sing in Elway.

You guys have recently released your new full length, Leavetaking on June 25th. How do you think it differs from your previous material?
I can’t speak as to whether or not the new record will be received as more ‘mature’ or ‘focused’ than our previous efforts.  I can say, however, that there is almost nothing I would change about these songs if I could go back and rewrite them, and I don’t know if I can say that about the older stuff.  The record is a little more earnest heartache than drunken-punk-party-anthem-USA.  It’s still got the same skeleton that Delusions had in that it’s mostly a mid-tempo punk record with moments of EpiFat skate punk and a pinch of depressing indie.

Do you have any personal favorite tracks off the new record? Can you tell us about them?

My favorite song on the record is called “One Flew West,” which is kinda the weirdest song on there.  There are a lot of weird riffs and tones in that song that I think are really cool, and it goes from carrying a kind of 90s emo strut to full blown punk song to balladry without sounding overwrought somehow. 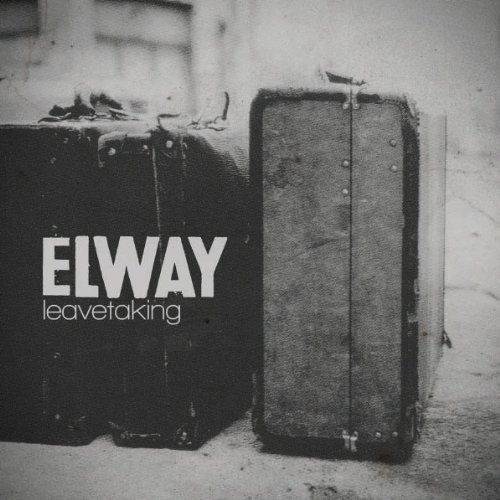 What would you say were your biggest inspirations when writing this album?
I was committed to writing songs that would read as interestingly as they would sound.  I was constantly reading Sylvia Plath, Ezra Pound, and Jack London over the course of writing the songs, so there are a lot of references that take pieces of their work which I think all point toward a common theme.

Can you tell us about your songwriting process as a band?
Usually I write the lyrics and the vague structure of the song on an acoustic guitar and we workshop it in rehearsal until we’ve added all the tinsel and leads and drum fills and backup vocals.  After we’ve had a song sitting around long enough that we start playing it live, we eventually figure out a few more things that we could change before we record it, so we go back to workshopping it.

What bands are your biggest musical influences growing up?
As kids, my parents raised me and my siblings on Bob Dylan.  Then I was the hugest Bad Religion fan, well I still am, but I used to be like their ***biggest*** fan.  I know all the words to “The Positive Aspect of Negative Thinking,” and any true BR fan knows that that shit is pretty devotional.  I used to always listen to NOFX, Pulley, No Use For A Name, Lagwagon etc…  I started to get a little older and discovered stuff like The Lawrence Arms, Alkaline Trio and Hot Water Music.

What’s your opinion on the modern punk scene and how do you think your band fits into it?
I love how the genre continually stretches itself out and becomes less and less orthodox.  It’s never been easier to get your music out there via the internet and tour.  This has flooded the scene with tons of shit bands, but also there’s a lot more palpable buzz about the scene than there was when I first started playing in bands, y’know… pre-Myspace or whatever.  If you have a ton of bands just basically bouncing ideas for how to expand the genre off one another eventually you’re going to get awesome new bands.  Where do we fit in all of this?  Well, we keep it pretty simple, but I love trying new little things in our songs that don’t sound like they’d necessarily fit on an old Punk O’ Rama comp.  A friend of mine said he thought that the punk rock zeitgeist was “growing up,” and I have to confess that I’m fine with that.

Tell us about life on tour. Do you have a favorite tour story you’d like to share?
One time on our first tour ever, we found about 50 pies still in their boxes in a Trader Joe’s trash compacter in Richmond, Virginia.  We ate as much pie as we could possibly handle for days before ultimately selling them at the merch table.  I believe Garrett’s first impulse upon realizing how many delicious pies we had was to smash one directly into the side of my head, mixing strawberry and rhubarb chunks in with my ahem… immaculately bleached hair.  I don’t know if that’s my favorite tour story, but that’s the one that involved eating the most pie.  I love being out on the road more than anything in the world, and we always manage to have a blast on tour.  We’re a few days away from spending the next 4 months on the road and I am pumped.

Pick up their new album off of iTunes and catch them on tour this summer! Check out their tour dates here and for more information, try their Facebook page.