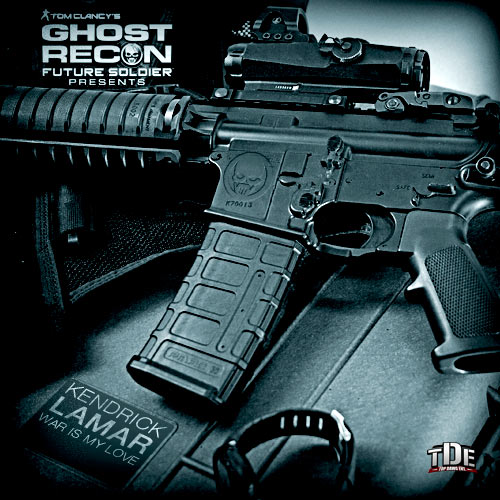 Not quite sure how this came about, but the new Ghost Recon game will come with a brand new song by TDE’s Kendrick Lamar. Titled “War Is My Love”, the song features a synth-heavy beat that reminds me of Kid Cudi‘s “Mr. Rager”. As always, Kendrick kills his verses with his lyricism and haunting rhymes. The hook isn’t necessarily the greatest, but considering this was made for a game soundtrack, I guess it’s not too shabby. Give it a listen below.