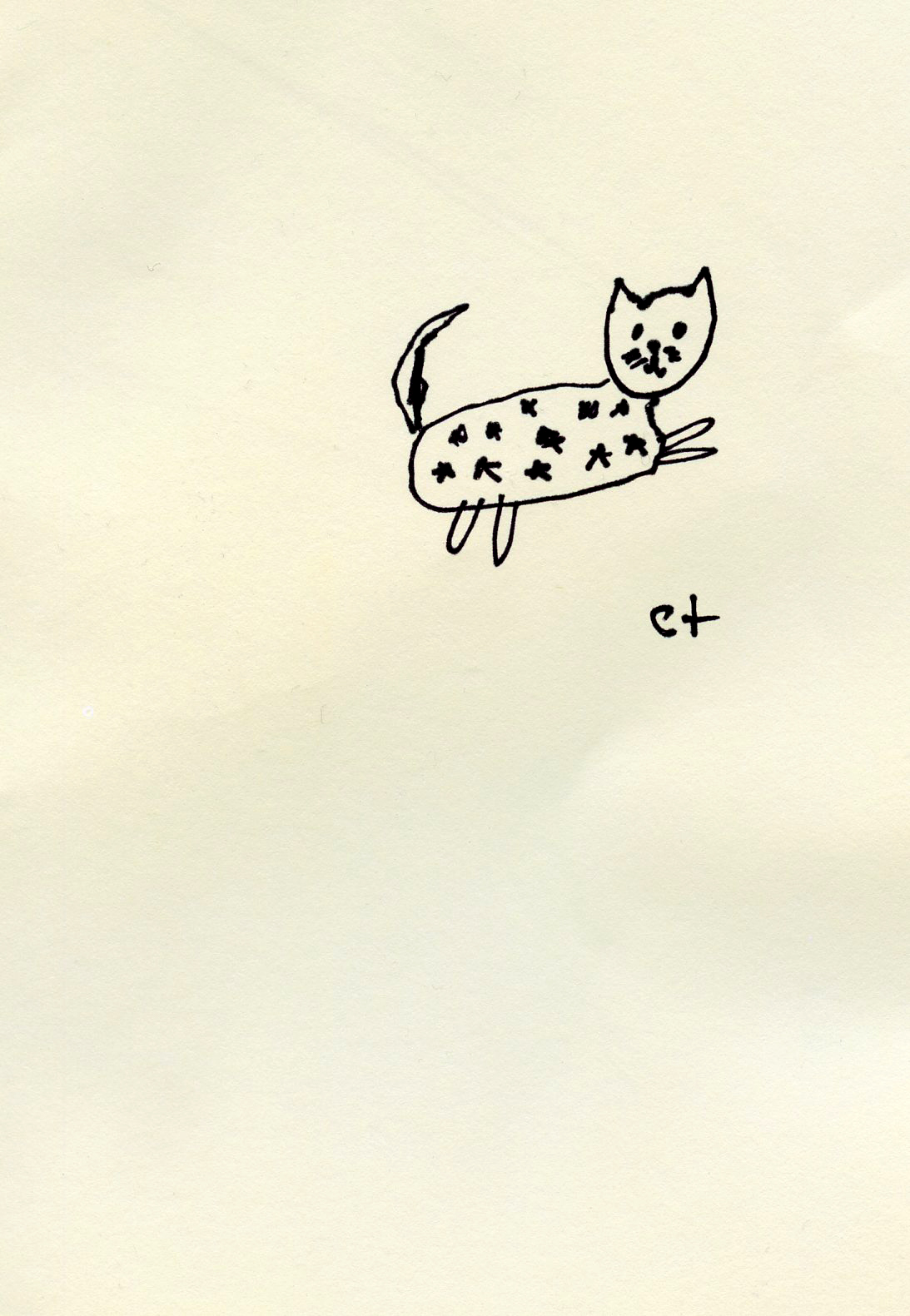 Starry Cat, solo project of Sam Ray from Ricky Eat Acid, Julia Brown and Teen Suicide, have released a self titled album in support of fellow band member and friend, Caroline White. This release was written and recorded during a break from recording for the Julia Brown debut. It was initially going to be kept a secret and be sold as physical copies at shows, however  in Sam Ray’s words, “we found out recently that caroline (our viola player/singer) is sick and has to get multiple surgeries soon. that sucks. also she can’t eat cake for like a long time which is awful. caroline’s one of my best friends and one of the most talented people i know and it sucks she has to go through this and it sucks even more because i know it’s a lot of money to get everything she needs done. i wanted to try and help her with everything so i figured i’d release this album now instead of waiting and hope that if you like it (or wanna be supportive) you’d pay for it.”

All the money donated goes into Caroline’s Paypal account to help pay for the surgeries. If you have ever downloaded music from the aforementioned bands, you’ll have noticed they never ask for money, so please this time help Caroline out, thank you.

“if you can’t afford anything you can still download it but it’d be rad if you shared it i guess so maybe other people will see it.” – Sam Ray

[Edit: Cameron Boucher of Old Gray has also released a solo album for the same cause, which you can buy on his Bandcamp page.]