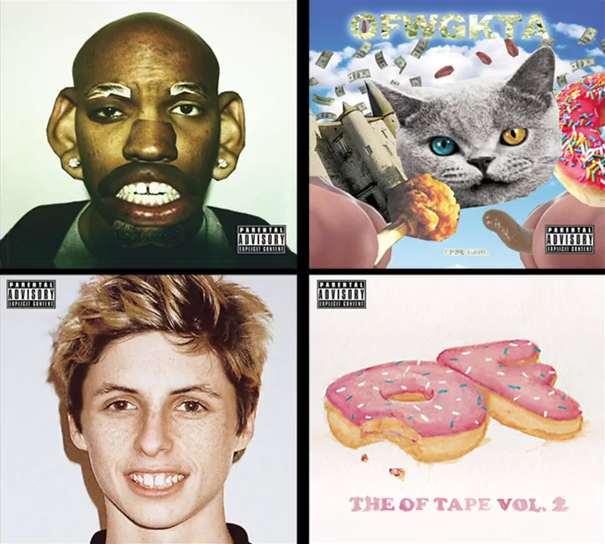 Odd Future‘s second collective album, OF Tape Vol. 2, will be out March 20th via their own Odd Future Records and today we get our first look at its 18-track-long tracklist and its four covers (shown above). Featuring no outside guest verses, OF Tape Vol. 2 includes new material from every Odd Future member except for Earl Sweatshirt, who recently made his long-awaited return home from Samoa.

Before that album drops however, we’ll first get new material from the gradually improving Hodgy Beats, who just announced that his new Untitled EP features production from Flying Lotus, the Alchemist, Juicy J of Three 6 Mafia, and Thelonious Martin and will be out this Friday.