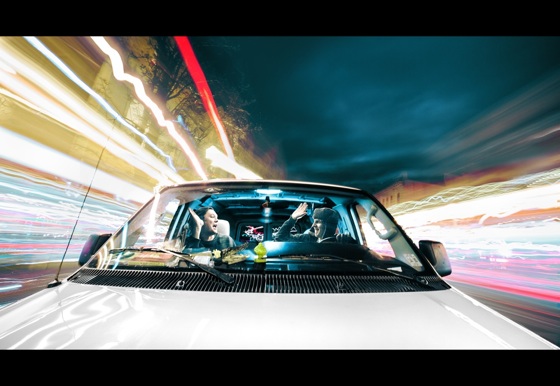 The Front Bottoms have released a new song titled Twin Size Mattress accompanied by a music video which you can watch below. This song is from their new album Talon of the Hawk that will be released on the 21st of May through Bar/None Records. You can pre-order Talon of the Hawk as a 12″ vinyl or a CD.

The release of the new album will be followed by a tour of the USA which you can buy tickets for here. For more information, check out their Facebook page and website. The following was said about the upcoming album by Bar/None Records. “At the core of The Front Bottoms’ new album Talon of the Hawk, is the crazy hybrid of slamming rock drumming and acoustic guitar The Front Bottoms are known for, but this time the band augments their sound with electric guitars, synths, even a little accordion. Over top is Brian Sella’s confident heartfelt vocals that will have you laughing one minute, crying the next and then maybe pumping your fist and singing along when you least suspect it. Talon of the Hawk rocks harder than their debut and it is more complex in both subject matter and arrangements. Once this sucker gets it’s claws in you’re going to soar.”