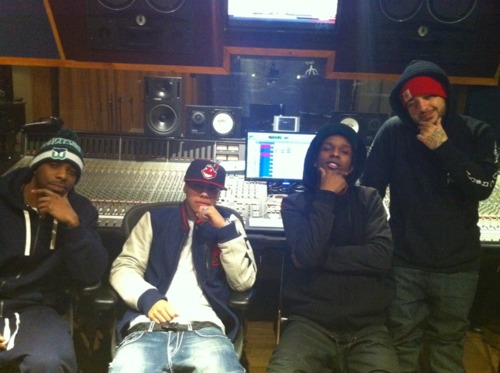 It wasn’t a secret that Harlem’s ASAP Rocky was working with the extremely talented AraabMuzik, but thank to Twitter, we now know that the MC-producer pair are pairing up for an entire project titled A$VPMUZIK. After spending the weekend together in the studio, AraabMuzik took to his Twitter account and announced, “Session wit my nigga @asvpxrocky waz crazy! A$VPMUZIK Comin soon! #TrillShit.” AraabMuzik’s beats, as you may know, are highly favored by Dipset and should fit Rocky’s unique, hazy-sounding flow.

You are now listening to A$VPMUZIK.